Bob’s Promotion to the Rank of Colonel (NQR)


It was an exciting weekend for us in Memphis!  My husband reached a personal goal of attaining the rank of Colonel that he has been striving for over 18 years.  Given that only 1% of the Officers in the military ever achieve this rank, the odds were not in our favor!  With only a few more years before mandatory retirement age and the fact that very few Public Health Officers ever make it to Colonel, we were almost ready to concede that it wasn’t going to happen.  BUT, the Stars were aligned for Bob to be in the right place, at the right time, with the right prerequisites, and gain a Commander assignment that was a Full Bird Colonel position.

Last March we went through a Change of Command ceremony where my husband became the Commander of the 164th Medical Group, 164th Airlift Wing, Memphis Air National Guard Base, TN.  Associated with this command is the rank of Colonel.   In 2015 Bob had been through a grueling last requirement (Air War College) to be considered for promotion from Lt Colonel to full Bird Colonel, but he was not in a position that supported that rank.  We were about to give up that dream when the Memphis Medical Group Command opened up and he was accepted for the slot amid much debate.  Historically this position was always held by a Flight Doctor!   Last March he took over as the first non-physician to receive this Command at this base!  Now it was time for the nearly 1 year process of going through the military review board process to be approved for his promotion to Colonel. The Colonel promotion process weaves through multiple layers of the Air Force before it goes to the President for nomination, and then finally to Congress for confirmation.  After the nearly 10 months in process, Bob’s promotion was approved on 12/7/16!  Even though officially December was his date of having the rank, he could not wear the rank until an official pinning and swearing in ceremony occurred, which was held this past weekend. 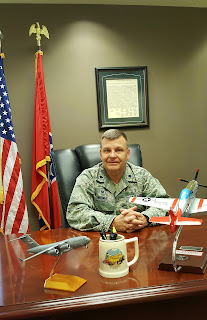 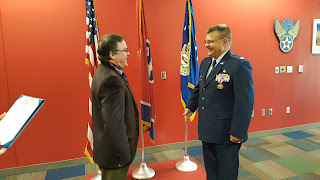 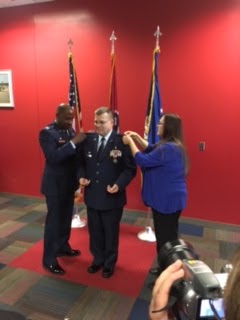 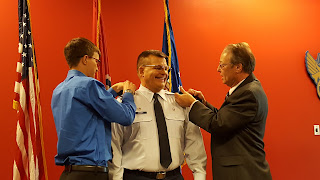 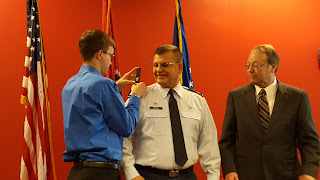 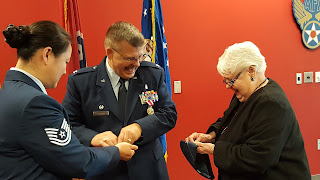 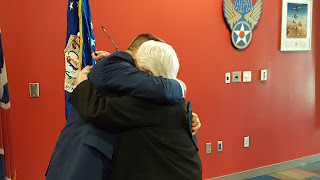 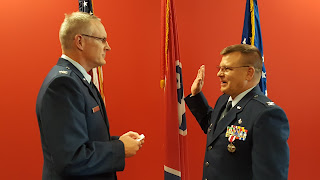 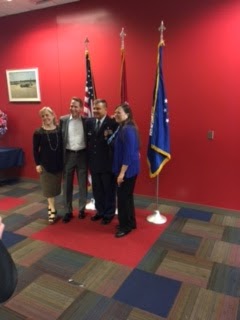 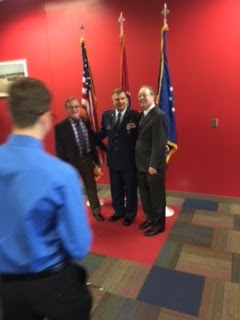 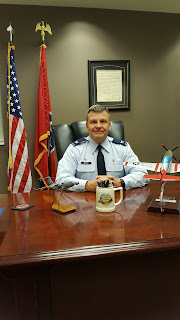 Colonel Robert W Wagner in his office
There was a staff photographer and friends who took photos.   Gina and Chris – long term friends from Knoxville – supplied a couple of these photos, most are taken by me.   We have lots of group photos at the end… but I was in them so I don’t have any copies yet.   I had a few moments this morning and wanted to write this up before the  next events push this away.  I haven’t even blogged about Quilt Con the week before! 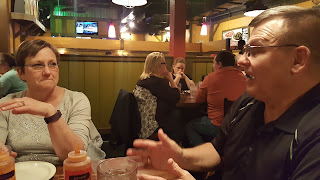 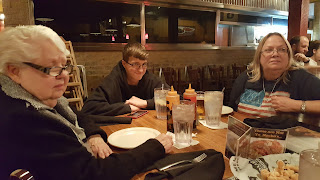 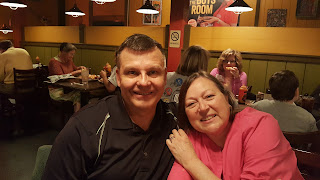 Dinner one night, Aunt Doris, Cousins Jean and Tracy came up from Dallas for the event.
It is so difficult to plan, 3 of our sons could not even be there for this event that only 1% of  military officers ever achieve.   Our nieces had to cancel out, Mom and Dad are not physically able, Dad will be 90 this month and caring for mom with dementia, one close friend had a car accident a few days before and was too bruised and banged up that he could not travel.   I have the worst time myself planning events!   Life happens.  I am so grateful for those that could attend, they helped make this a cherished lifetime achievement and fantastic celebration.   Our sincere appreciation for all that took time from their schedules to celebrate this event with us which include the people presenting and pinning, Chris and Gina Seibold and Aunt Doris, Tracy and Jean. 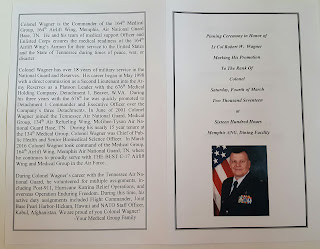 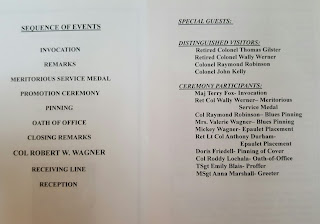